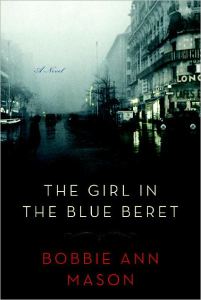 I wanted to love this book.  A story about a WWII American Aviator, who, after being shot down over Occupied Europe in 1944 (Belgium, to be exact), was rescued and hidden by family after family of the French Resistance… what a promising read!  The story is about how that Allied Airman, Marshall Stone, now 60 and grudgingly retired from a passionate career as a pilot, decides to move to Paris for the summer to find all of the extraordinary people who risked their lives to save him during the war.  I couldn’t wait to delve into the French Resistance, and read about the selfless people of France who risked everything to get these men out.  Once found, I wanted Marshall’s reaction to them to be humble and profound.  Herein lays the problem that I had with this book.  I didn’t like Marshall.  At all.  Not even a little bit.  And I tried.  He was cocky, and a grouch.  He recalled his life after surviving the war with disinterest, from his string of marital infidelities, to his total absence from the rearing of his two children.  The death of his wife barely affected him.  And as he met the people who hid him from the Nazis, he observed them with too much detachment.  I found his gratitude to be… blah.  (He was also extremely distracted if the woman he was speaking with had a nice chest.)   I found myself far more interested and more emotionally involved with the French people than the main character.  They were written with more emotion, and the stories they recounted to Marshall (some of them had been arrested, and had suffered in Nazi camps after being identified as Resistance members) were shared with great sorrow.  Marshall’s reaction to the stories was too often a disappointment.  Towards the end of the story, he spends a great deal of time with the Girl in the Blue Beret, who, during the war, had been quite young when she helped lead him on his path to freedom.  I’m sure they lived happily ever after together, but I couldn’t help but think that she deserved better.  Two stars.