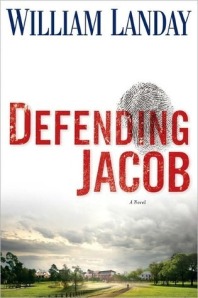 Summary from Goodreads: Andy Barber has been an assistant district attorney in his suburban Massachusetts county for more than twenty years. He is respected in his community, tenacious in the courtroom, and happy at home with his wife, Laurie, and son, Jacob. But when a shocking crime shatters their New England town, Andy is blindsided by what happens next: His fourteen-year-old son is charged with the murder of a fellow student.

Every parental instinct Andy has rallies to protect his boy. Jacob insists that he is innocent, and Andy believes him. Andy must. He’s his father. But as damning facts and shocking revelations surface, as a marriage threatens to crumble and the trial intensifies, as the crisis reveals how little a father knows about his son, Andy will face a trial of his own—between loyalty and justice, between truth and allegation, between a past he’s tried to bury and a future he cannot conceive.

Really, not much more to say than that. It was a typical “lawyer book”– complete with a despised ambitious lawyer trying to take the district attorney down a notch, explosive courtroom transcripts, evidence that leads in the wrong direction for a spell and a twist at the end that I didn’t see coming. I wasn’t crazy about the whole “murder gene” angle that was explored in the middle (Andy’s father and grandfather exhibit a history of violence that may or may not be an inherited trait passed from generation to generation– lots of scientifically sounding psycho-babble that essentially leaves it up to the reader to determine whether or not Jacob was doomed from birth to be a violent killer) but overall it was entertaining enough. Definitely well written but I don’t think it is going to win any great literary prizes. A solid 3 star read for me– perhaps my fellow Hoarders, who enjoy this genre more than I, may rate it higher. Penny? Liz?