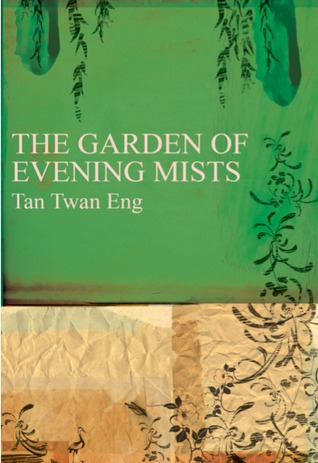 Penny and Jackie will provide a joint review on The Garden of Evening Mists for the BookerMarks collaboration. Our BookerMarks podcast however for this title has already occurred and at its recording, Jackie had completed and Penny was only about 25% finished. Penny and Jackie have both rated the book 4 stars, and seemingly preferred it far more than the other BookerMarks judges.

I found this novel to be quite beautiful, engrossing and heartbreaking. And, I can firmly see how this title was placed on the short list. The Garden of Evening Mists stays in line with the themes in which I feel the Booker judges have chosen for the 2012 Man Booker Prize titles. The characters in each of the short listed (and in the long listed as well) titles have all traveled on a journey of some kind, whether it be in order to achieve self-discovery, self-repair, recovering from despair, madness, suffering and longing and uncovering the many layers of the human condition present in so many of us, such as despair, depression and loneliness. The Garden of Evening Mists encompasses these themes and writes of this using gorgeous prose.

We discover Yun Ling Teoh at the start of the story celebrating her retirement from the bench as a cold and sharp prosecutor against the Japanese accused of war crimes. Herself the lone survivor of an interment camp, her calculated and swift judgement against the Japanese is a result of her painful years of suffering at their hands. As well, her left hand bears the forever memory of her time spent in one of these camps,  the last two fingers are missing.

Yun Ling travels to Northern Malaya in search of a celebrated and renown Japanese gardener. Despite her hatred of the Japanese, she seeks Aritomo to design a Japanese garden in order to honour her sister’s memory. The one beautiful memory of Yun Ling and her sister is of the time spent together touring the gardens in Kyoto. In order to honour her sister, her memory and the promises she made to her, Yun Ling wants to have this garden designed and built by Aritomo, former gardener to the Emperor of Japan.

Here, the story begins to shift back and forth in time as we are given the details for Yun Ling’s present life and turning back to the past up to and including her time in the internment camp.  Through her time spent with Aritomo, she begins to ease her hatred, and understands through the stories of all around her the pain and suffering that war brings to everyone. Many, many others have also suffered terribly from war, she should never consider herself alone or as the only person that has demons to confront. People have moved on and let go. These stories are told fiercely but with a tenderness to Yun Ling as well.  By apprenticing with Aritomo, she is slowly allowing herself to let go and heal, while immersing herself  and meditating with the knowledge of the garden’s design and the experience of it.

I enjoyed the slow and gentle way in which Yun Ling eases her hatred of the Japanese and begins to develop a tender and quiet relationship with Aritomo.  I enjoyed the cautious relationship that developed, how they slowly let down their barriers, her to forgive his heritage and employment by an Emperor  that caused so much pain and suffering for Yun Ling and her family, and that she releases ever so slowly the brick wall she has erected around her.

Our BookerMarks colleagues discussed the predictability (and their dislike of this predictability) of the romance between Aritomo and Jun Ling. Yes, it is true, one could easily predict their romance, but I viewed this as part of the healing process for Jun Ling.  Aritomo was working to heal Jun Ling as well and by making her an apprentice in designing her sister’s garden and in their archery lessons as well.

“Have you ever gone home since then? (Yun Ling) “It is not my home anymore. My parents are dead. What I know, what I remember, all the friends I once had, all have been swept away in the storm. All I hold now are memories.” (Aritomo)

“A garden borrows from the earth, the sky and everything around it, but you borrow from time. Your memories are a form of shakkei too. You bring them in to make your life here feel less empty. LIke the mountains and the clouds over your garden, you can see them, but they will always be out of reach. (says Yun Ling to Aritomo)

“It is the same with you, he said a moment later, “Your old life too, is gone. You are here, borrowing from your sister’s dreams, searching for what you have lost.” (Aritomo to Yun Ling)

“I enjoyed my archery practice with Aritomo…The central purpose of kyudo was to train the mind, Aritomo said, to strengthen our focus through every ritualized movement we made in the shajo…”Your breaths must match every move you make, until the arrow has left not just your hands, but also your mind.” Every detail of the eight formal steps in the process of shooting were prescribed, even down to the sequence of breathing, and I felt a satisfaction in conforming to the precise and ritualized movements. I practiced the pattern of regulated breathing on my own, and I felt my mind and body slide gradually closer in to harmony. In time I came to understand that, in decreeing the way I had to breathe, kyudo was showing me how to live. “

Much of the discussion of our BookerMarks podcast about The Garden of Evening Mists centered on comments that Jun Ling and the other characters were  “flat” in their development, and they could not form an attachment to the characters. While, yes, I do agree that in the beginning, Yun Ling could have used perhaps more “oopmh” in her personality, I found that I did care for her and understand her pain and suffering, that this was something that was holding her back from trusting and allowing love in to her life.

Also, Jackie noted during the podcast that perhaps this detachment or inability to connect with the characters is owing to the nationality of the characters. Interestingly enough, I found this review from Kim at Reading Matters this morning for the Giller Short Listed title of Ru, by Kim Thuy. One of her criticisms of the book was the lack of emotional connection she felt with the character. Also, the overly descriptive prose, such as some of what we find here in Garden of Evening Mists, prevented her from connecting with the narrator of the story. This has been a consistent criticism of our BookerMarks judges, and I’m wondering if this is a common characteristic in Asian writing?

Overall, I did always find myself wanting to get back to the story and continue to read and discover what would happen next. The descriptions of the gardens and folk-tales were truly beautiful. The history of tattoos and  Japanese custom surrounding tattoos, their artists and the struggle to define them as art was all very fascinating. Of course, the tales of abuse and torture in the camps was terribly heartbreaking as well.

The Garden of Evening Mists comes in at second place in my rankings of the Booker shortlisted titles. My first goes to The Lighthouse. My review for The Lighthouse can be found here. I know however that these two books stand absolutely no chance as winning the prize, as worthy as I feel they are, because they are not what I believe the 2012 Man Booker judges will award as the winning title. I am glad though that they made it to the short list.

I, too, really enjoyed this one! I thought the writing and imagery were just beautiful and the story engrossing (even if it may have been a tad predictable). On top of all of the excellent points that Penny has already made I also want to point out that this book gives you an interesting glimpse into some of the complicated history of the country of Malaya (now called Malaysia). It is such a strange combination of cultures (British and Chinese) and it is cool to see how they evolve into their own unique culture under the duress of war (first with the Japanese occupation during WWII then the invasion of the Communists soon afterward).

I was also glad this one made the short list because I am not sure that I would have picked it up otherwise– only because of the lower opinions from our fellow BookerMarkers and judging by the cover, title and description I thought that it could end up being on the cheesy side (guilty! I’m a cover judger!!). If I did have one complaint it would be that I would have liked to have gotten to know Yun Hong a little bit better (Yun Ling’s beloved sister). A pleasant surprise for me– my favourite so far and a solid 4 stars from me! 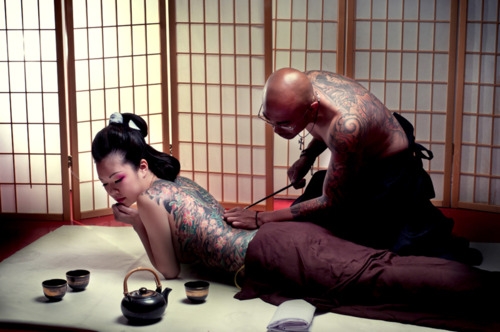 This review was posted simultaneously on BookerMarks.