Thank you Audiobook Jukebox and HighBridge Audio for sharing Call The Midwife.  To properly describe this enchanting memoir, the word magnificent immediately comes to mind.  It includes remarkable story lines, lovely prose, brilliant dialogue and an unmistakable current of faith that runs throughout.  This memoir sets the bar high for others in its genre, as Jennifer Worth’s work was, and is, a marvel in every way.

Set in postwar London’s East End slums, Call The Midwife follows the extraordinary work of 22-year old Jennifer, who joins the tireless midwifery efforts of the nuns of St. Raymund’s Nonnatus House.  Jennifer, a talented and patient midwife in her own right, fits in beautifully among a team of the selfless and spiritual.  As her work begins, she encounters some of the most endearing and personable characters ever penned.

Besides Jennifer herself, my list of favorite characters was lengthy.  Sister Monica Joan, the elderly nun who was a pioneer of her midwifery calling, is among the people I will now miss terribly.  No one ever seemed to know what would come out of Sister Monica Joan’s mouth, but I can guarantee that her existential musings will impress even the most stoic reader.  She was a mischievous delight!

Conchita Warren, a patient who, during the period of this memoir, gives birth to her twenty-fourth and twenty-fifth children (no, those are not typos) will move you.  Her brood of loving children and her adoring husband serve as examples for all of us.

I could go on, affectionately recalling big-hearted Chummy, terrified little Irish Mary, and the precious Mrs. Jenkins who lost her way by succumbing to the terrors of the Workhouse.  The chapters read like short stories; each one strong enough to be its own novel.  Emotions run high in these accounts, bringing the reader laughter, and then tears moments later.  Every birth in this poverty-ridden neighborhood is a miracle.  Every kindness feels like a celebration.  Every Cockney “allo luvvy – how’s about a nice cup ‘o tea?” will warm your heart. And while you are enthralled with each character’s plight, you will also learn a surprising and frank history of midwifery and medicine.  From the hesitation of women to give birth in a modern hospital to the background of penicillin…  it’s all there.

What I found especially profound was Jennifer’s discovery of her faith.  Throughout the story, she resists the little voice that was telling her that she was part of something bigger.  As her experience grows, and she witnesses everyday miracles, she opens her heart.  It was utterly moving. 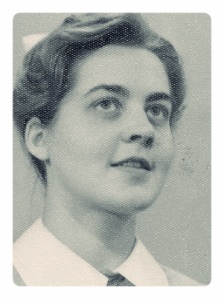 After finishing Call The Midwife (and immediately searching for every other memoir Jennifer Worth has ever written), I was inspired by the strength of the women in this book.  The nuns, the midwives and the mothers who lovingly raised their children in the most squalid conditions were all champions.  Goodreads provides some of Jennifer Worth’s background, and it was not a surprise to read that she was remarkable throughout her life:

After leaving school at the age of 14, she learned shorthand and typing and became the secretary to the head of Dr Challoner’s Grammar School. She then trained as a nurse at the Royal Berkshire Hospital, Reading, and moved to London to receive training to become a midwife.

Lee was hired as a staff nurse at the London Hospital in Whitechapel in the early 1950s. With the Sisters of St John the Divine, an Anglican community of nuns, she worked to aid the poor. She was then a ward sister at the Elizabeth Garrett Anderson Hospital in Bloomsbury, and later at the Marie Curie Hospital in Hampstead.

She married the artist Philip Worth in 1963, and they had two daughters.

Worth retired from nursing in 1973 to pursue her musical interests. In 1974, she received a licentiate of the London College of Music, where she taught piano and singing. She obtained a fellowship in 1984. She performed as a soloist and with choirs throughout Britain and Europe.

She later began writing, and her first volume of memoirs, ‘Call the Midwife’, was published in 2002…

Worth’s memoirs deserve a wide audience.  Read them.  5 Stars for Call The Midwife.

Now it’s time for my ode to Nicola Barber, narrator of Call The Midwife.  If you are faced with the choice of reading this memoir, or listening to it, choose the latter.  Barber is brilliant.  She slips into every accent effortlessly, and her Cockney accent is particularly charming.  She carries the weight of the stories with ease and affection, and embodies the characters beautifully.  I’ve decided that Ms. Barber should narrate every audiobook on my to-read list.  I hope she doesn’t mind. 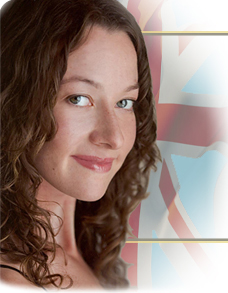 One thought on “Audiobook Review: Call The Midwife: A Memoir of Birth, Joy, and Hard Times”