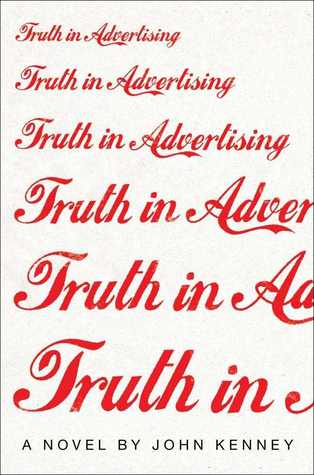 This was one of those “put everything you are reading aside and pick this one up NOW!” kind of books. It had it all– laugh out loud humour, a non-cheesy love story, tissue needing sadness, great secondary characters, family drama and secrets revealed at just the right time. A GREAT choice for the Critical Era Book Club once again! If you haven’t joined yet– what are you waiting for??

“F. Scott Fitzgerald said that there are no second acts in American lives. I have no idea what that means but I believe that in quoting him I appear far more intelligent than I am. I don’t know about second acts, but I do think we get second chances, fifth chances, eighteenth chances. Every day we get a fresh chance to live the way we want.”

FINBAR DOLAN is lost and lonely. Except he doesn’t know it. Despite escaping his blue-collar Boston upbringing to carve out a mildly successful career at a Madison Avenue ad agency, he’s a bit of a mess and closing in on forty. He’s recently called off a wedding. Now, a few days before Christmas, he’s forced to cancel a long-postponed vacation in order to write, produce, and edit a Super Bowl commercial for his diaper account in record time.

Fortunately, it gets worse. Fin learns that his long-estranged and once-abusive father has fallen ill. And that neither of his brothers or his sister intend to visit. It’s a wake-up call for Fin to reevaluate the choices he’s made, admit that he’s falling for his coworker Phoebe, question the importance of diapers in his life, and finally tell the truth about his past.

Truth in Advertising is debut novelist John Kenney’s wickedly funny, honest, at times sardonic, and ultimately moving story about the absurdity of corporate life, the complications of love, and the meaning of family.

What makes this book is DEFINITELY the way it is told!  Fin lives and breathes advertising and the dialogue in his head reads like one big commercial, complete with a kick ass soundtrack, masterful fade outs and world-famous “talent” at every turn. He is used to selling his own lies to himself– his interpretation of the defining moments of his life, his current success as a creative copy writer and hiding his true feelings at all costs– but, his father’s impending death is making it harder and harder for Fin to continue to believe. As he is forced to face the truth for the first time in his life, he begins to fall apart at the seams.

Will Fin ever be able to tell himself the truth and find happiness? Will he give up the business of lying? Will he ever find out who Gary is? Will he make things right for his father and his family?  Can he sell the toxic and non-flushable diapers at the Super Bowl? Will he get the girl??? Read it and find out! Breaks. Your. Heart. Good. Stuff. It had me laughing out loud in some parts, biting my nails at others and definitely crying by the end. Such a great cast of characters– I fell for Fin hook, line and sinker, I wished I could hang out with Ian and Keita (his fabulous friends) and I think that I actually work for Martin (what an d*ckhead)! ;). My first 5 star read of 2013. I enjoyed it so much! John Kenney– what an AWESOME debut!

“What a terrible thing it is to not love someone who loves you. Far worse is acting as if you do.” ~Fin

(this was put together by the author and his publishing company as a tongue in cheek “advertisement” for the book. Hee Hee! Well done!)