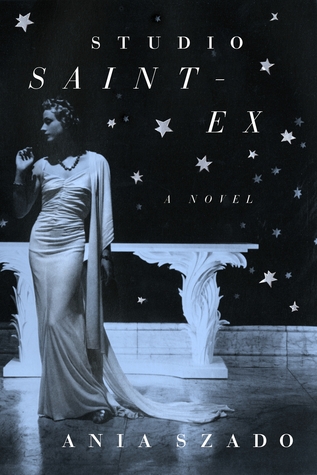 “Is it a love story Antoine?”

“All stories are love stories.”

Studio Saint-Ex is the story of Antoine de Saint-Exupéry, his wife Consuelo and his muse, his young love, Mignonne Lachapelle.  This love triangle is told from the perspective of Mignonne, the bright upstart fashion apprentice wishing with all her might to be the next great fashion designer. Thank you to Edelweiss and Random House/Knopf publishers for the advanced copy of the book.

From The Reading Room: Set in Manhattan and Quebec City in 1943, Studio Saint-Ex is a fictionalized account of the love triangle among Antoine de Saint-Exupéry, his mercurial wife, Consuelo, and a young fashion designer. Mignonne Lachapelle leaves Montreal for New York to make her name, but is swept away by the charms of France’s greatest living writer. Nothing about their relationship is simple—not Antoine’s estranged wife who entangles Mig in her schemes to reclaim her husband, not his turmoil, and certainly not their tempestuous trysts or the blurring boundaries of their artistic pursuits. Yet the greatest complication comes in the form of a deceptively simple manuscript: Antoine’s work-in-progress, The Little Prince, a tender tale of loneliness, friendship, love, and loss in the form of a young prince fallen to earth.

Studio Saint-Ex is a deeply evocative love story of a literary giant caught between two talented and mesmerizing women, set in the glittering world of French expatriates in Manhattan during World War II. Reminiscent of The Paris Wife, Loving Frank, and The Rules of Civility, Studio Saint-Ex explores themes of love, passion, and creativity in sophisticated, literary prose.

The heart of Studio Saint-Ex is indeed, Antoine. And it is of these two women that adore and love him so passionately and faithfully. Consuelo is all the aware of her husband’s extra-curricular dalliances, but no matter, as they both enjoy the ease and openness of their fluid marriage. But she would never deny that it is Antoine whom is her greatest love and passion. It is from this passion that she involves Mignonne in her games, her schemes to entice and ensure her husband comes back to her and her only.

Don’t lose yourself, don’t lose me. (written by Consuelo on the back of a photo to Antoine)

Mignonne is young and somewhat naive and only wishes to follow her dream of becoming an accomplished, known designer. The mark Antoine leaves on her heart is indeliable and leans towards the obsessive. She also falls in to a trap of sorts with Consuelo believing she will help her rise in the fashion world. In the end, after seemingly being used by both Antoine and Consuelo, Mignonne establishes her own fashion studio and receives the recognition she has always longed for.

The book moves in and around all three seemingly using one another to get ahead, or to obtain something they want individually, no matter the outcome, the heartbreak or hurt it may cause.

Weaving in and out of their triangular relationship, is Antoine’s development of his greatest written masterpiece, The Little Prince. This April marks the 70th year anniversary of the first publication. Published in April 1943, The Little Prince is both the most read and most translated book in the French language, and was voted the best book of the 20th century in France and has become the one of the best selling books ever published (Wikipedia). The website (http://www.thelittleprince.com/) comes complete with a downloadable app! There is also a tab referencing The Phenomenon that surrounds the publishing of The Little Prince.

This was an “alright” read for me, to be honest. I’m giving it 3 stars and I’m aware that this isn’t the typical rating this book has been receiving. It must be owing to my overall disinterest in the story, there was just something about it that didn’t grab a hold of me to maintain my interest for very long – perhaps this “love-triangle” triviality. I found the behaviour of these three people petty and these two women clamouring over a (petulant, childish, narcissistic) man did nothing to spark my desire to fully invest myself in this story. I’m sorry. 😦 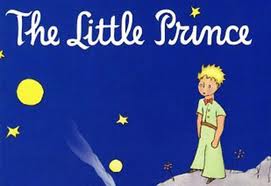 Ania Szado writes in the acknowledgements following the book’s end about the beginnings of this fictionalized story, “To conclude where Studio Saint-Ex began: When I was eleven, I was given a copy of The Little Prince. I will forever be aware – and grateful – that the gift of a book can change the course of a child’s life.”