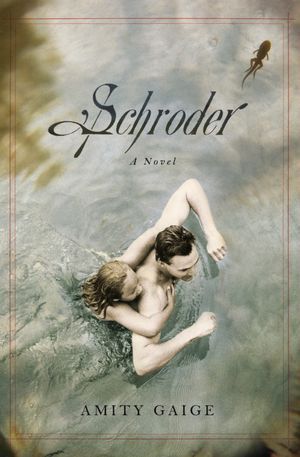 Schroder starts with Eric Kennedy writing his statement to the police, but is doing so in the form of a letter to his wife of whom he is now divorced. Eric Kennedy has been charged with kidnapping his only child, Meadow.

He begins his confession/statement/letter by explaining how he came to be, or actually, how he came to be Eric Kennedy and, not the boy Erik Schroder he was before the age of 14. At the age of 14, having fled East Germany with his father at the age of 5, and having survived too many years at the hands of merciless bullies, Eric has his heart set upon attending a summer camp. Here, he generates a new identity for himself thinking that the administrators of this Ossipee Camp would prefer the charmed lifestyle of a boy with a famous last name, that may or may not be related to “those” Kennedy’s.

It is from that moment forward where he fully assumes the identity and any past life of an Eric Kennedy. It is Eric Kennedy that finds himself at university, becoming a bit of a real estate mogul and the one that meets his future wife, this beautiful woman he would never consider marrying a man like Erik Schroder or even Eric Kennedy really.

Eric describes so well his charmed life with his wife and a little girl he is so very surprised to find he loves with everything he has. He is a very doting father, even takes a year off to allow his wife to return to work and he spends this year with Meadow. He teaches her to read, he takes her to the library, he spends every single moment with Meadow. Their bond is fierce.

It thus comes as great surprise when his wife decides she wants a divorce. This is devastating to Eric. What follows is the sad and all too normal course of events following divorce and ones that involve children rendered helpless in the middle. While Eric’s wife has determined there is no love between them any longer, she also seems to have determined that there should no longer be love between Eric and Meadow as well. This occurs following numerous missed visitation appointments and is determined by the courts for her to hold sole custody. Eric’s role in raising Meadow is all but scratched from every document and memory.

Eric’s life crumbles, he’s barely able to maintain a steady job, he is so bereft at the loss of his relationship and identity as father to Meadow. One weekend while blessed with the company of Meadow he has a momentary lapse of judgment and disappears with Meadow on a meandering drive and in what he refers to as a vacation getaway. Of course Meadow isn’t eating properly, of course it’s been days since she’s brushed her teeth, but no matter – they are laughing together, they are playing together, they are sharing stories again. Eric is beside himself with joy. He is nothing without Meadow.

Of course, this trip goes against every court-signed document and soon enough, Eric finds his face appearing on the nightly news. Following one harrowing moment with Meadow when he needs to rush her to the hospital, their getaway is well over, and Eric is apprehended. Once again he is made out to be the bad guy and is not allowed to share a proper good-bye with his daughter.

Along their meandering trip, Eric does a great deal of soul searching and exposes his past life, thinks deeply about his past, the life of a sad, bullied East German boy and what his life was like at the time of escape with his father. He further exams the reasons for distancing himself so easily from his true past.

Schroder was an excellent story exposing the heartache and pain caused by divorce, but most especially when there are children involved. Unfortunately all too often, the children become the collateral damage and in Schroder‘s case, the husband, the man, the father falls victim to being set aside and ill-considered when the wife, the woman, the mother wishes to move on.  Schroder showed this man’s pain and hurt so very well.

Will Collyer narrated Schroder. He did a fine job – a perfect voice for the part. There were a few very minor parts that weren’t the greatest, but it’s always the case with men doing female voices and vice versa. There were no major issues, outside of me not being able to rid my head of Johnny Depp’s Charlie and the Chocolate Factory voice when Will spoke female parts, and the slightly young drag queen voice Meadow was given. Overall though, a fine, fine job. He was sarcastic when he needed to be, his voice would flatten wonderfully in the parts where Eric was sad or “dead” inside and sorrowful and reflective when his time with his daughter was snatched from him.

4 stars. A perspective taken that causes you to pause, think, and give greater consideration to the risks and stakes involved in ending a marriage with children involved.

The National Post’s review of Schroder can be found here. And, here, Amity Gaige reflects on an opening passage in the book.